You've Got Mail: Increasing the Uptake Rate of Cervical Cancer Screenings in Armenia

In 2019, Armenia SDG Innovation Lab in cooperation with UNDP in Armenia, Ministry of Health and Armenak Antinyan (Zhongnan University of Economics and Law), Luca Corazzini (University of Venice), and Marco Bertoni (University of Padova) designed and carried out a randomized controlled trial (RCT) to evaluate the effectiveness of a set of low-cost invitation interventions on women's participation in a national cervical cancer screening program.

The experiment was aimed at the prevention, early detection, and management of non-communicable diseases at the primary health care level by increasing the take -up rate of free cervical cancer screenings for women aged 30-60. The trial was implemented in Shirak, one of the poorest regions of the Republic of Armenia.

Based on the primary research, it was hypothesized that one of the reasons women don't voluntarily show up at their general practitioner en masse to be prescribed the free screening, was the lack of information on the service itself.

The Lab sent personalized letters signed by general practictioners to women inviting them to the screening at a given date. The experimental groups were exposed to 3 types of interventions (nudges) and the results were juxtaposed against the control group that received no invitation.

The experiment was carried out within the framework of "Innovative Solutions for SDG Implementation in Armenia" project funded by the Russian Federation and implemented in close partnership with the Government of Armenia. 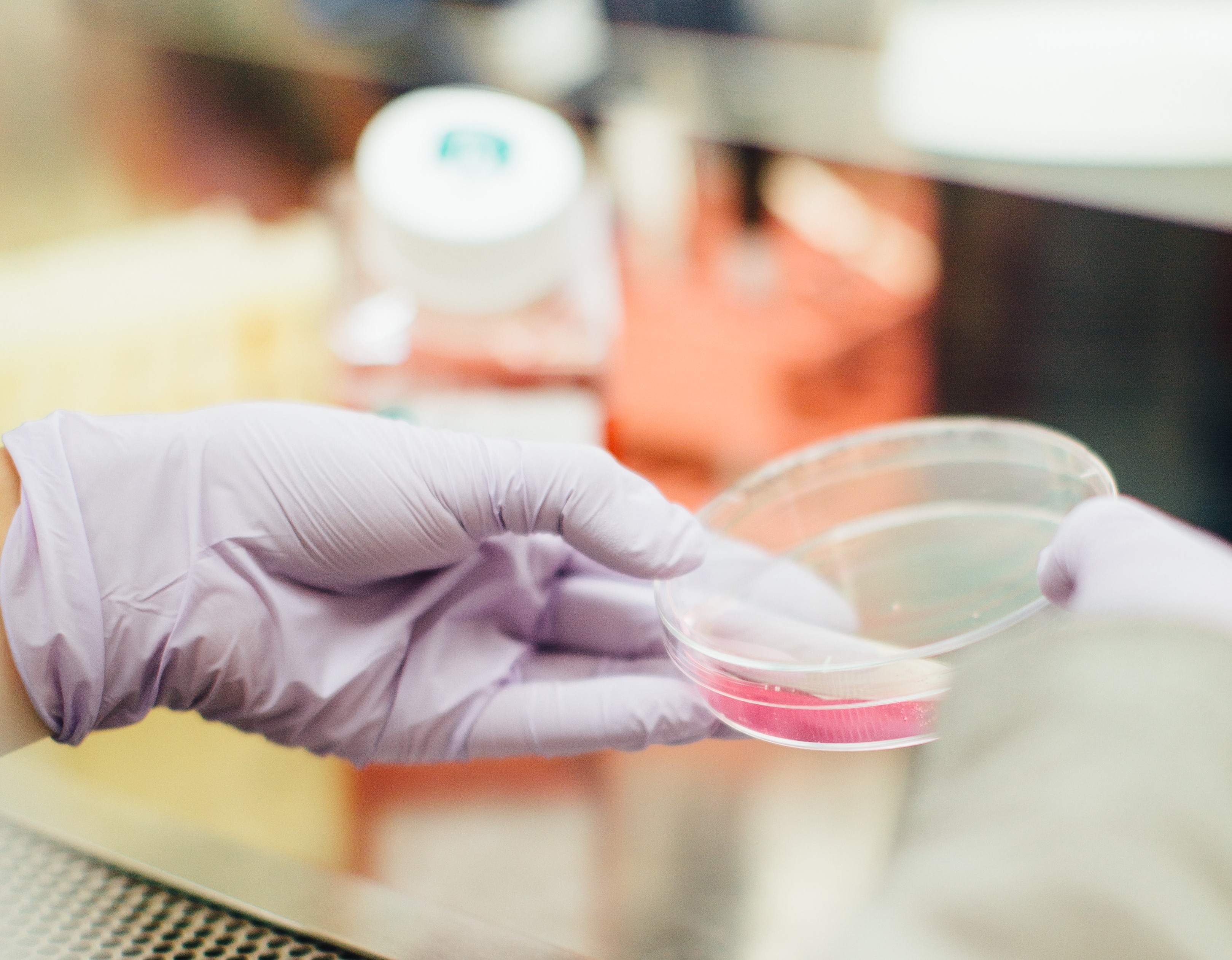 Click here to read the details of our behavioral experiment

In 2019, Armenia SDG Innovation Lab in cooperation with UNDP in Armenia, State Revenue Committee and Armenak Antinyan (Zhongnan University of Economics and Law), and Zareh Asatryan (ZEW Mennheim) designed and carried out a randomized controlled trial aimed at nudging turnover taxpayers in Armenia through e-mail to pay their taxes. This way, we aided the authorities in developing a dialogue with the citizens and changing their perceptions on taxes.

The randomized controlled trial was testing the impact of low-cost behavioral interventions on tax compliance in Armenia. We focused on 28,503 small and medium enterprises operating in Armenia who are eligible for paying a turnover tax. We assessed whether behavioral notifications sent through e-mail can increase the total turnover declarations by these companies. We also checked whether increased turnover declarations eventually result in declaring more taxes.

We tested 5 different types of email notifications. We later juxtaposed the results against the control group, which was not exposed to any treatment. The experiment was carried out within the framework of "Innovative Solutions for SDG Implementation in Armenia" project funded by the Russian Federation and implemented in close partnership with the Government of Armenia. 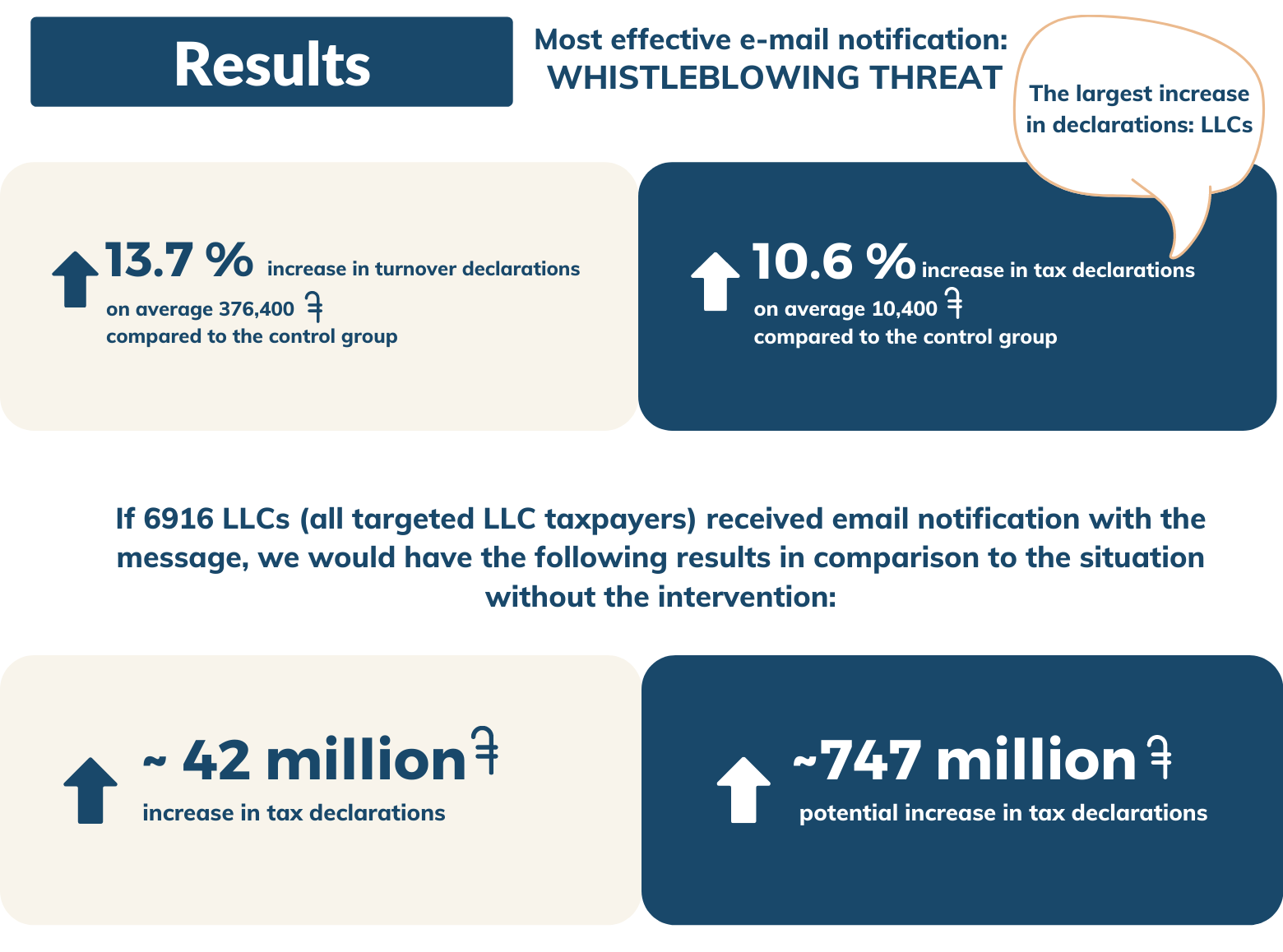 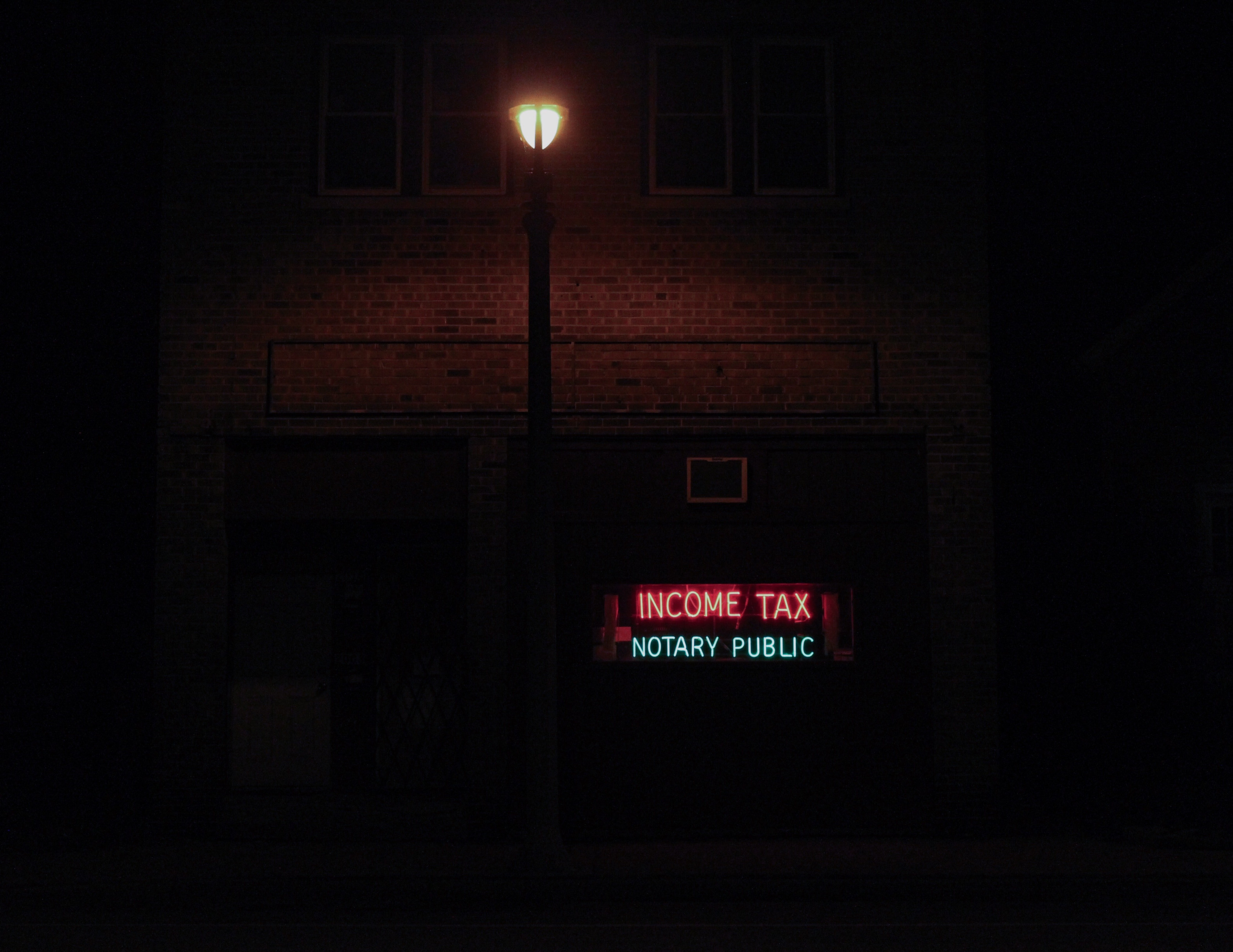 The details of our behavioral experiment will be available soon

Take me with you! Economic Incentives, Nudging Interventions and Reusable Shopping Bags

In 2020, Armenia SDG Innovation Lab  teamed up with My Step Foundation and together with Armenak Antinyan (Zhingnan University of Economics and Law) and Luca Corazzini (University of Venice) in cooperation with the office of the UN Resident Coordinator in Armenia designed and conducted a field experiment to test several interventions to see what drives individual behavior to reduce plastic consumption during grocery shopping.

The experiment kicked off in the end of January of 2020 and lasted six months. We randomized 5809 participants of the experiment and tested  types of nudges.

The funding for the experiment was provided by the GEF Small Grants program. 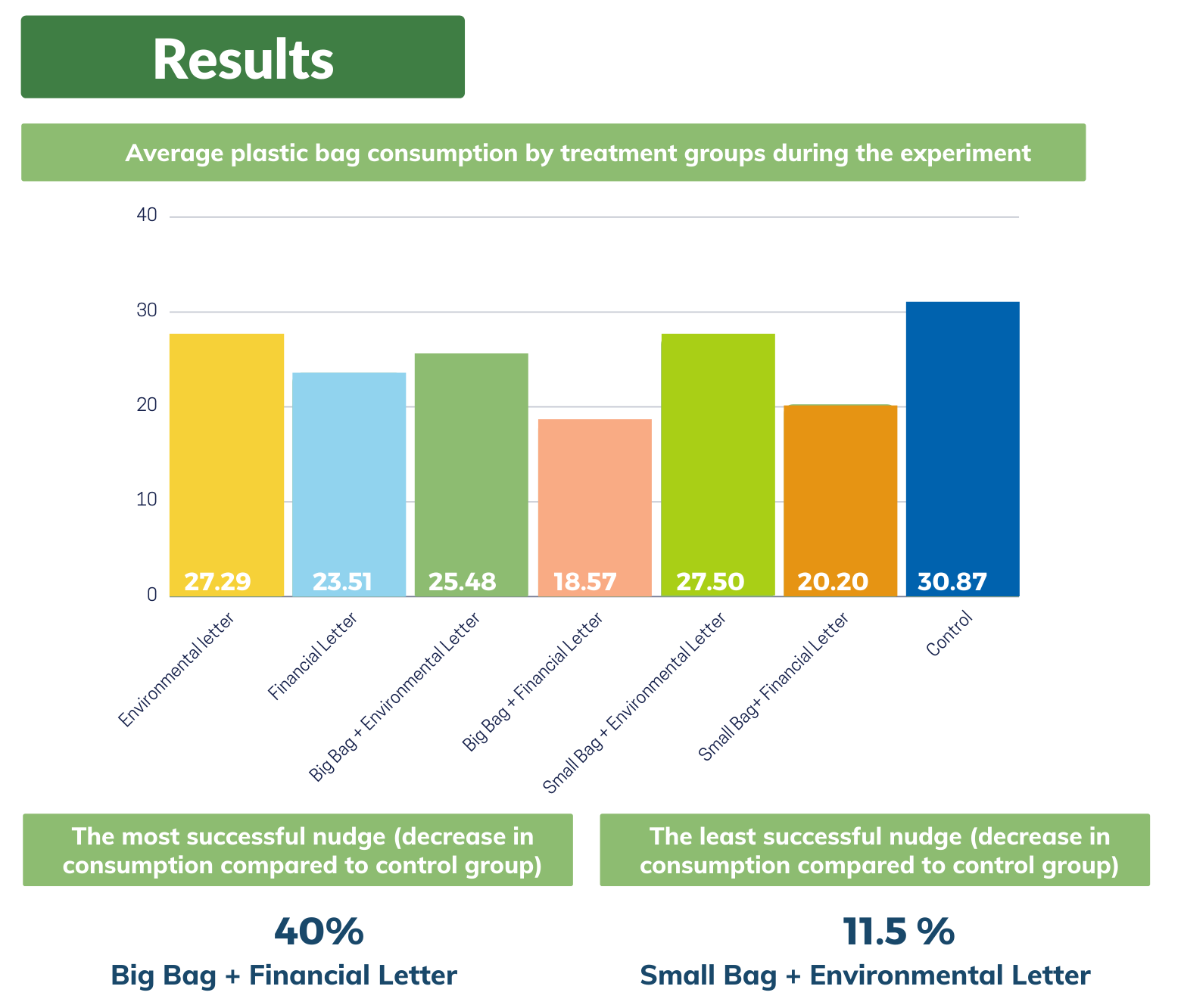 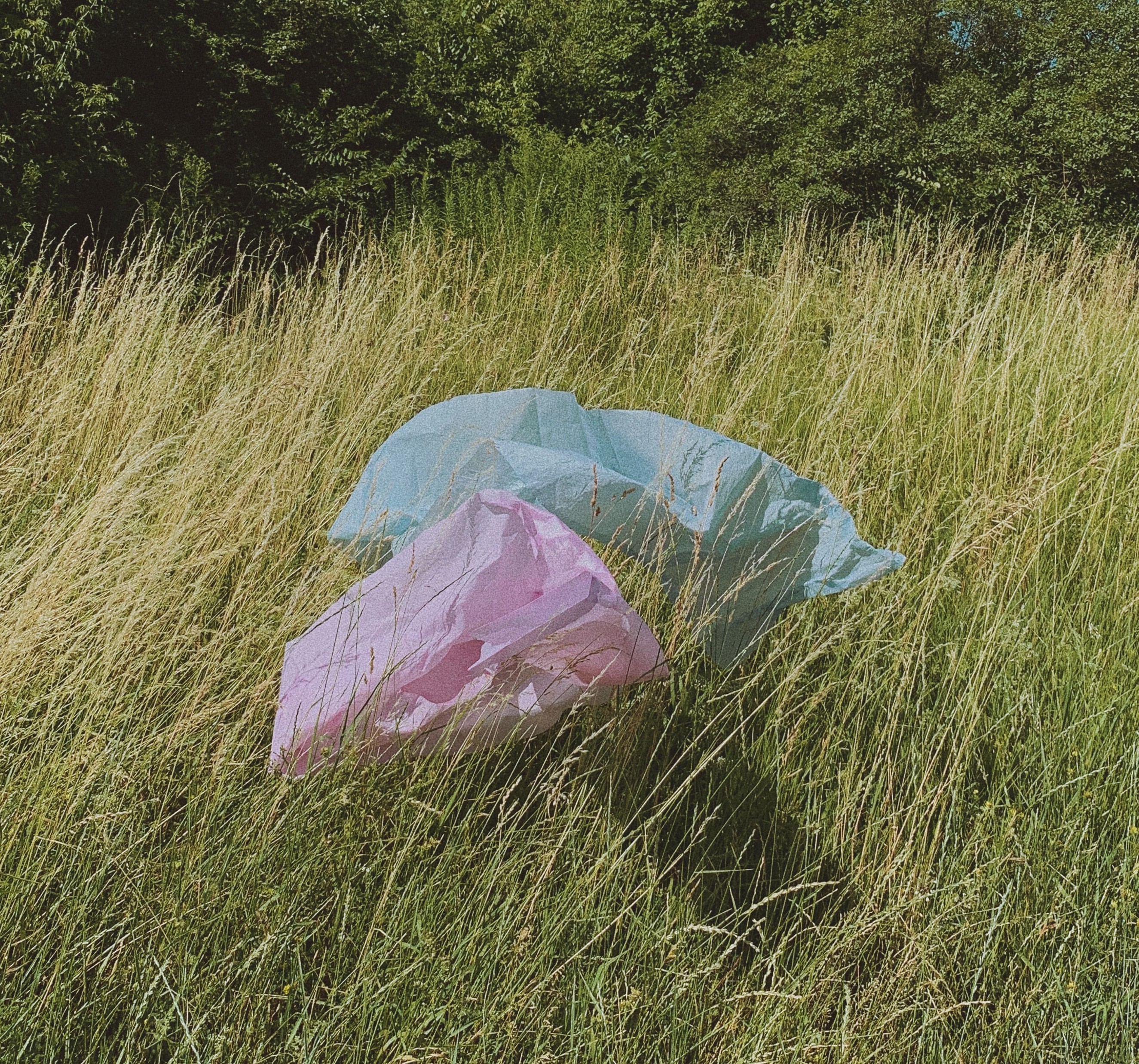 Click here to read the details of our behavioral experiment

In Armenia, we like creating authentic experiences tailored to tourists’ needs and expectations. Tourists visiting us are our source of inspiration. Every review left online by regular tourists is important for us: favorite moments of the stay, the discovery of the day, the most instagrammable sights — we like to read them all.

Despite its long history, Armenia is a relatively new player in global tourism and there is always room for improvement. Who, if not the tourists could tell us what was great and what should be improved for other tourists?

Travelinsights.ai is the first-ever AI-powered real-time data analytics tool in the tourism sector in Armenia. The online tool fuses travel storytelling and artificial intelligence to collect, analyze, and visualize tourist reviews about Armenia from Tripadvisor.com, Facebook.com and Booking.com. Through real-time analysis and visualization of the tourist reviews, the tool reveals real travel preferences and on-the-ground issues in Armenia. With one scroll, policymakers, businesses or tourists can explore insights from all over the world about different regions and locations of Armenia.

To this date, the platform has generated more than 500,000 negative and positive insights based on the analysis of 175,000 scraped reviews.

The platform was created within the framework of "Innovative Solutions for SDG Implementation in Armenia" project funded by the Russian Federation and implemented in close partnership with the Government of Armenia. 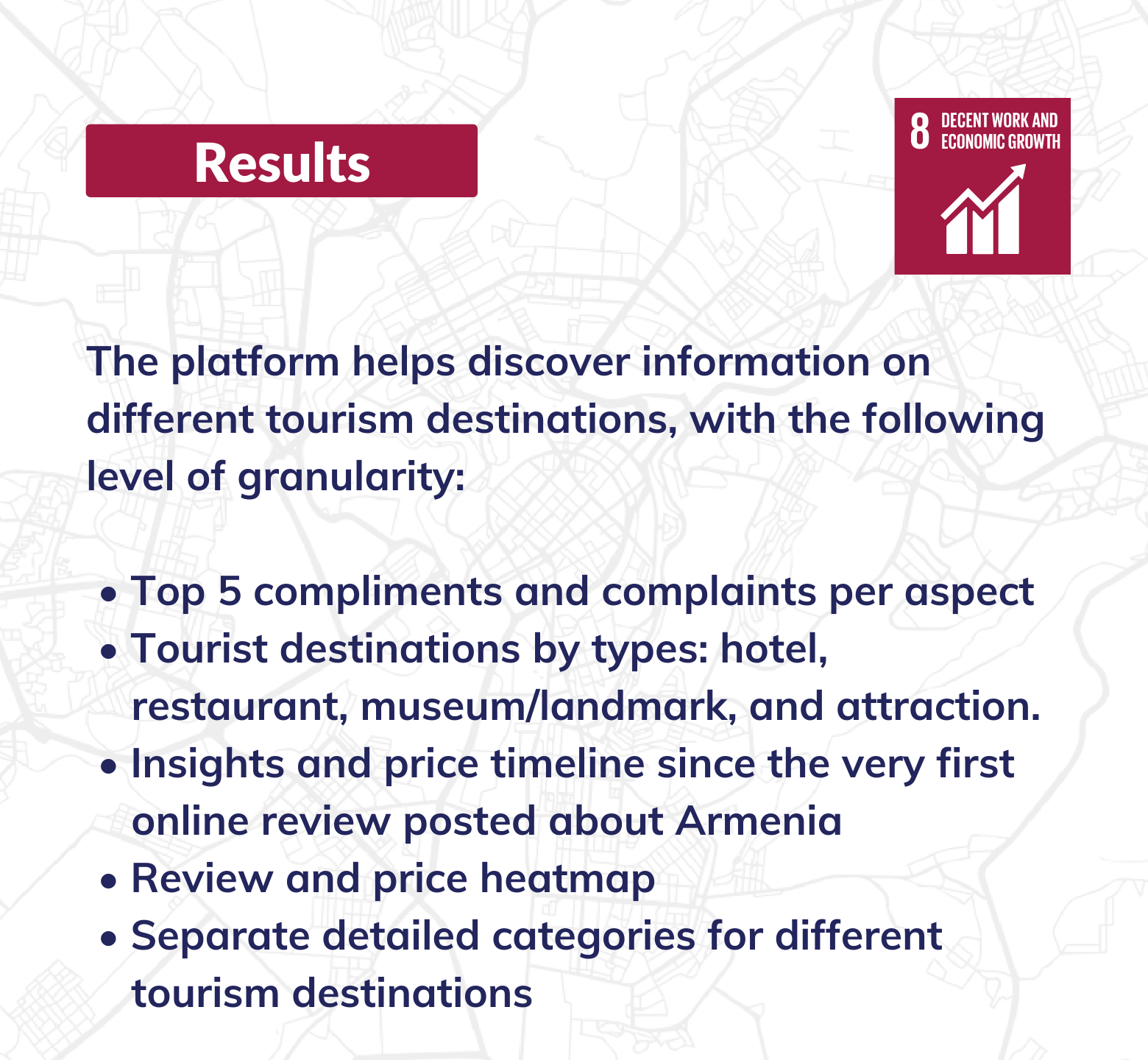 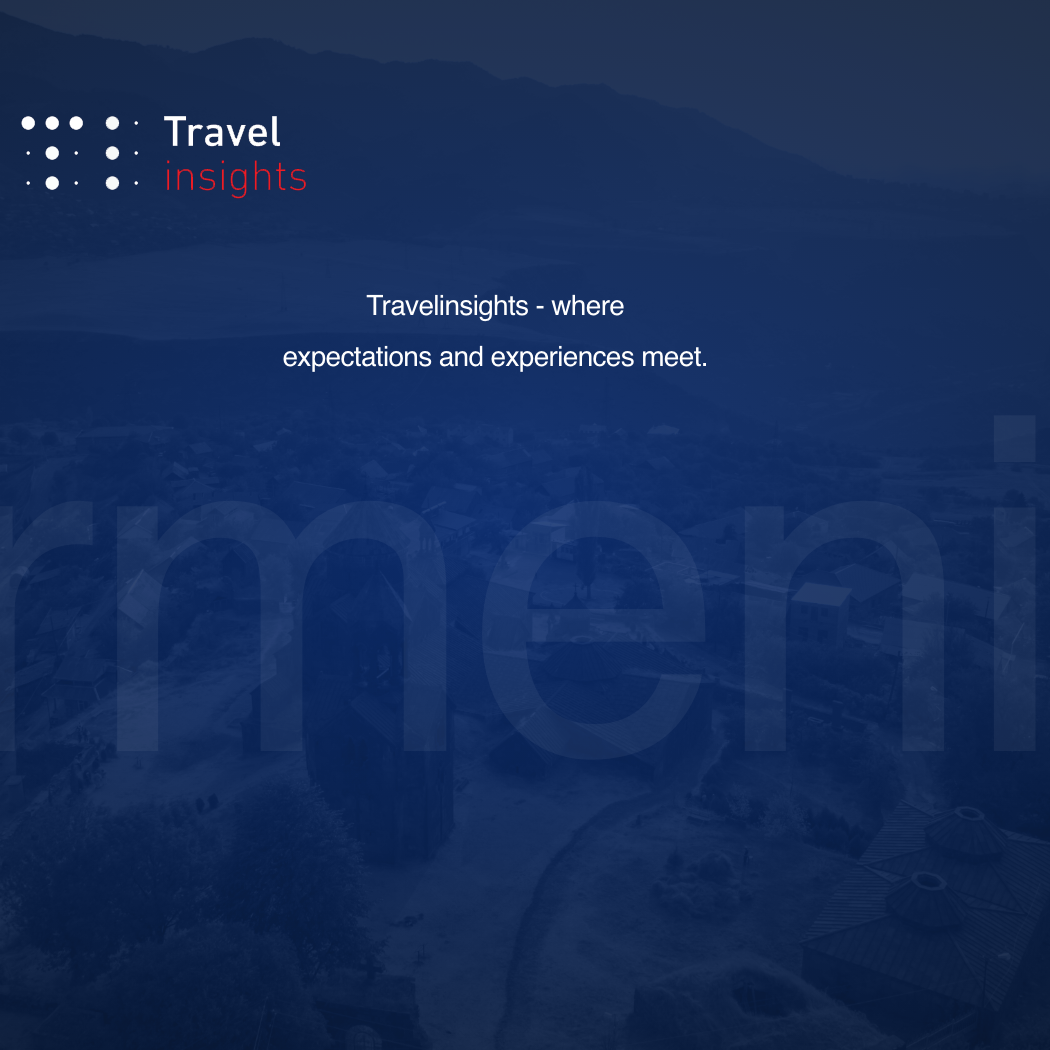 Edu2work platform was created in response to rapidly changing workplace and continuous mismatch between the labour market demand and supply in Armenia.

The platform is coupling innovative technologies such as scraping thousands of online job postings from a wide variety of commercial websites and analysing it through machine learning technology to bring you the best Armenian labor market data available, so that everyone can make informed career choices.

Edu2work platform is one of the components of the Edu2work project, which was created in response to a chronicle mismatch between demand and supply of workforce in Armenia. The overarching goal of the project is to reduce youth unemployment by helping people make more informed career choices and better prepare for the job market. The project is part of a bigger initative of the RA Deputy Prime Minister's office called Work Armenia.

Within the framework of Edu2work project, new partnerships were established at the international level with teams that are moving the frontiers in their industries, including Burning Glass Technologies, a world leader in labor market analysis through big data.

Edu2work project is implemented by the SDG Innovation Lab in partnership with the Institute of Public Policy and funded with UK aid from the UK Government. 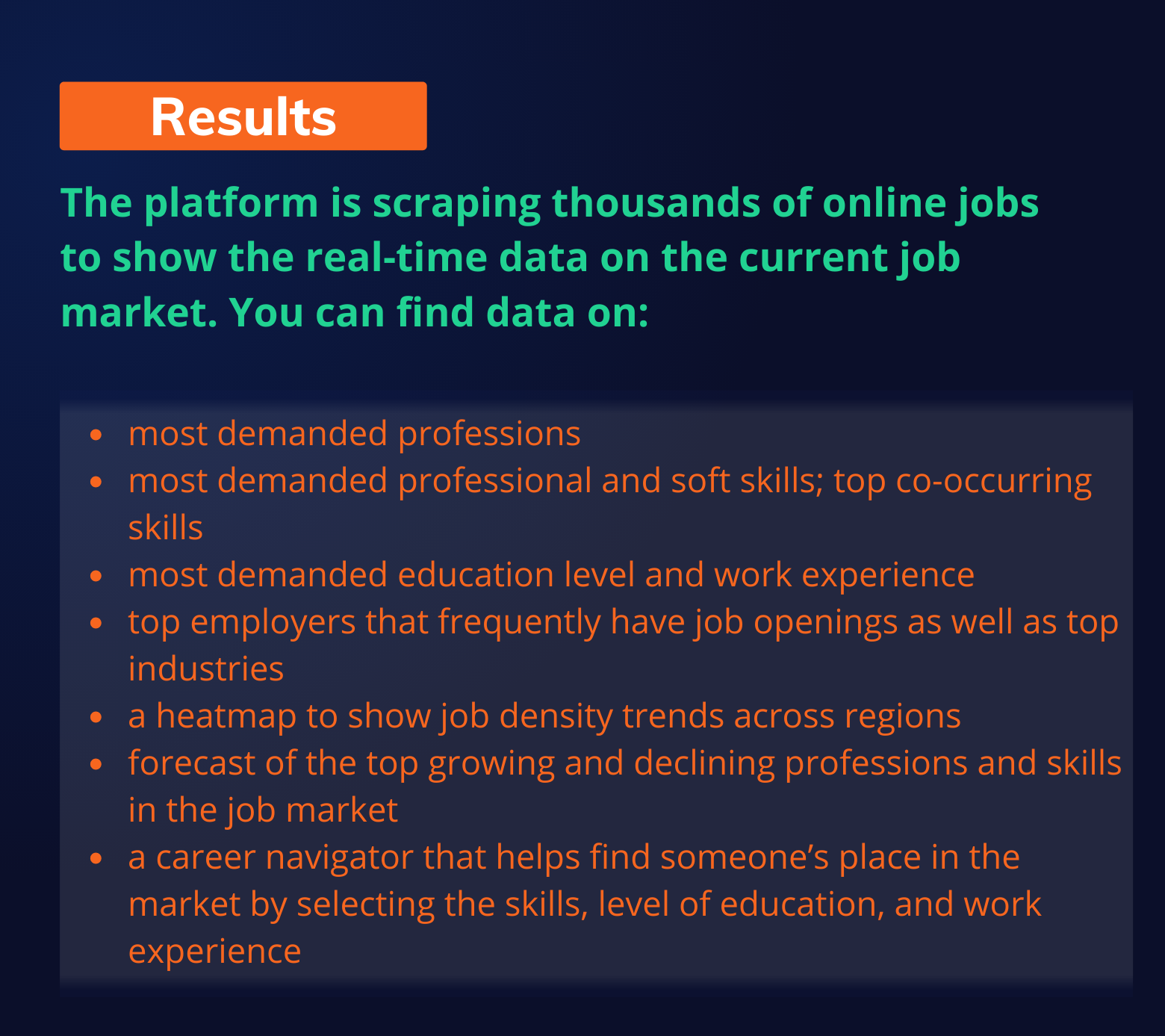 Through the app pregnant women, parents-to-be, people with infertility issues, and parents of children of up to 6 years old can get:

The project is implemented by Armenia National SDG Innovation Lab in cooperation with Viva-MTS and the Government of Armenia. 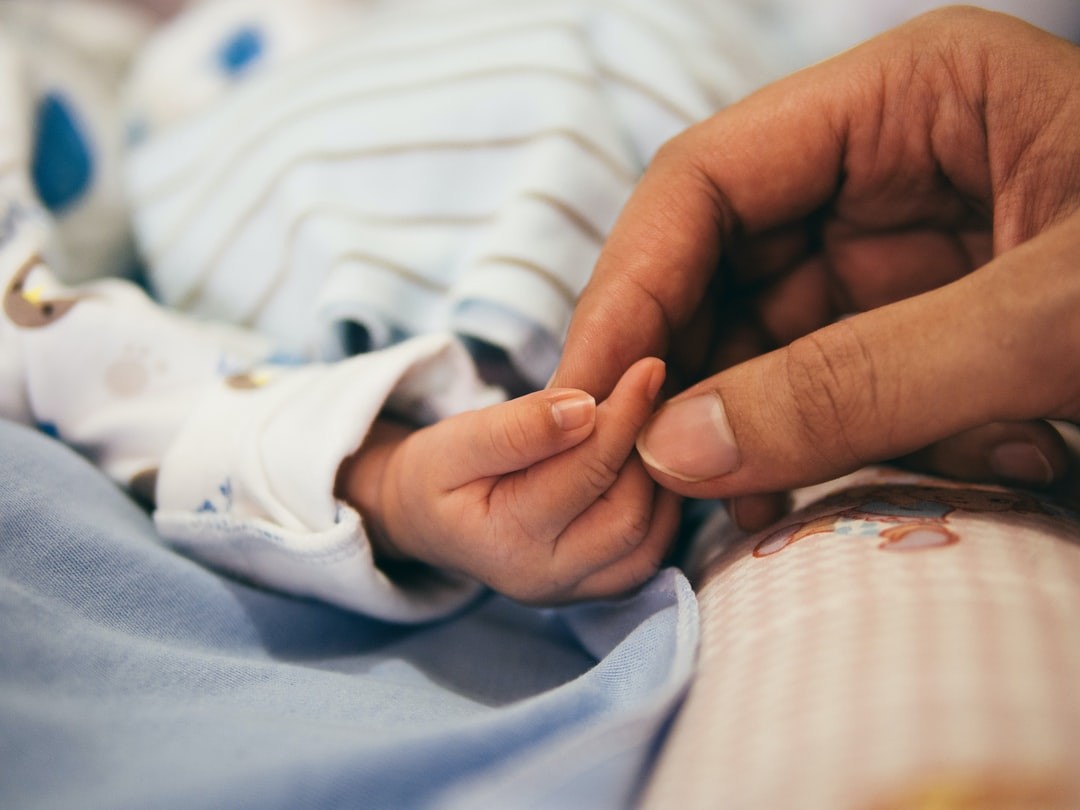 Our Lab helps the Government to be more responsive to changes when technology is developing exponentially. AI4Mulberry project was designed in response to inefficient use of government resources, particularly in processing citizen letters.

A lot of letters (requests, complaints, and recommendations) addressed to the Government are circulated and processed inefficiently in the internal electronic document management system of the Government called Mulberry. This in turn, leads to decreased operational performance and productivity.

AI4Mulberry project was aimed at improving citizen-government correspondence and optimizing the letter flow and resources in the Mulberry system. Within the framework of the project, the Lab came up with a new partnership initiative with the DeepPavlov project team — the Neural Networks and Deep Learning Laboratory at Moscow Institute Physics and Technology.

Using the resources made available by DeepPavlov, we have developed an AI algorithm to automate real–time document (requests, complaints, and recommendations addressed to the Government) classification and labeling in public institutions. This increased operational performance as well as the savings and productivity of the unit itself and in the ministries.

In parallel to developing the AI algorithm, Design Thinking approaches were taken into consideration to the introduction of a centralized and sustainable model of collaboration between Mulberry users and VxSoft — the company managing the Mulberry system.

The project was piloted in MoH, MoE, and PM’s office, with the possibility to scale it up in other institutions as well.

The platform was created within the framework of "Innovative Solutions for SDG Implementation in Armenia" project funded by the Russian Federation and implemented in close partnership with the Government of Armenia. 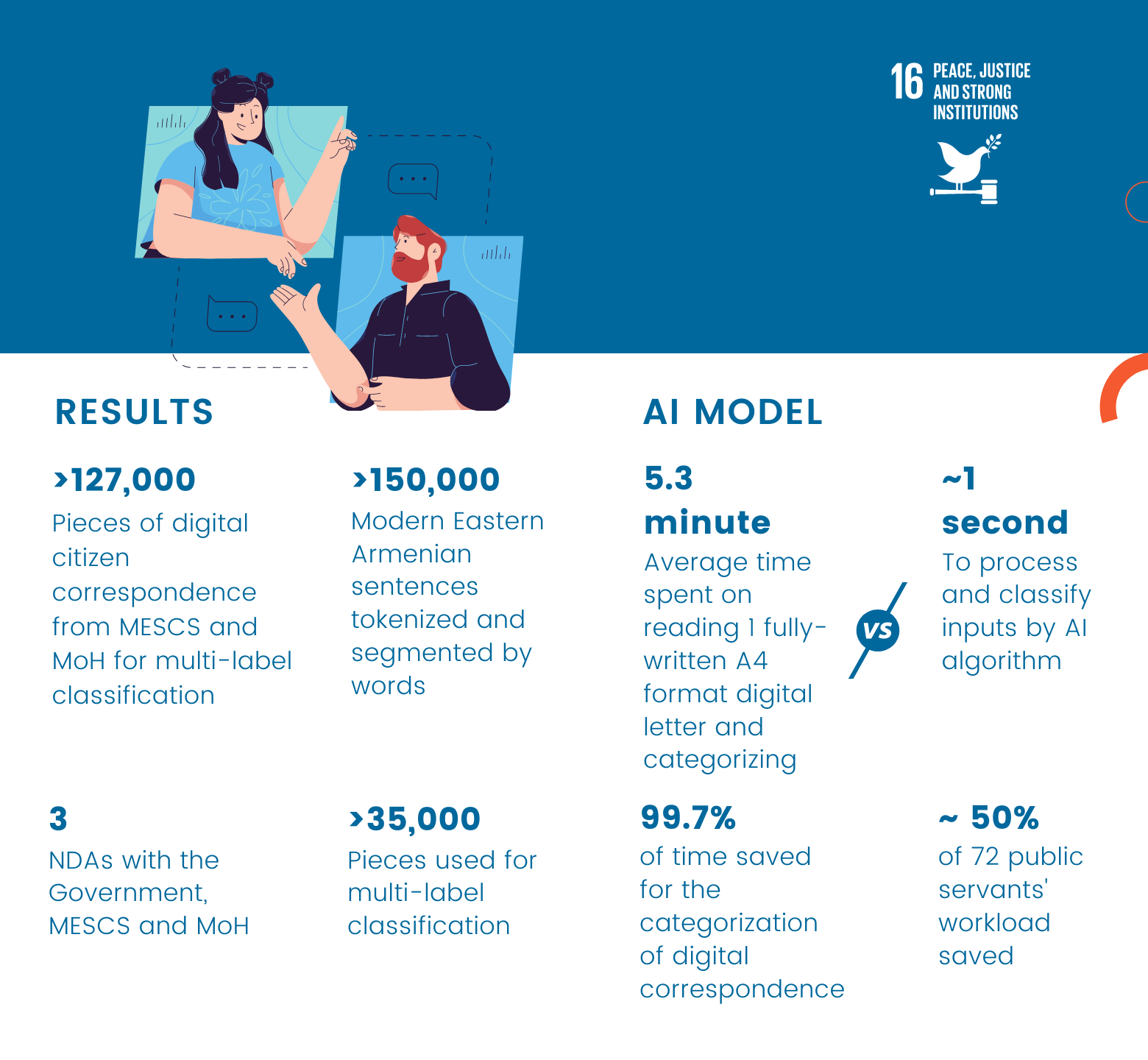 The beta version of the SDG Monitor platform explores and monitors the progress towards achieving the targets and indicators of the SDGs, currently focusing on SDG 16 related to rule of law and access to justice to strengthen national capacities to deliver on SDG 16 as an umbrella for strong and inclusive institutions and accountable governance systems.

SDG Monitor platform couples data from conventional and non-conventional sources and offers a holistic and innovative approach to SDG progress monitoring in Armenia. The data is gathered from over 8 public institutions in Armenia and complemented with data from social media (Facebook) and official Government websites (E-Draft).

We have been closely working with UNDP's Oslo Governance Centre and learned from its SDG 16 monitoring initiative. To efficiently collect in-depth, country-level insights and measure progress on SDG 16, we have teamed up with Global Data Barometer as a National Hub.

The SDG Monitor platform was developed by the Armenia National SDG Innovation Lab team in cooperation with the UNDP's "Rule of Law and SDGs in Armenia Reform Agenda" project within the framework of "Innovative Solutions for SDG Implementation in Armenia" project funded by the Russian Federation and implemented in close partnership with the Government of Armenia. 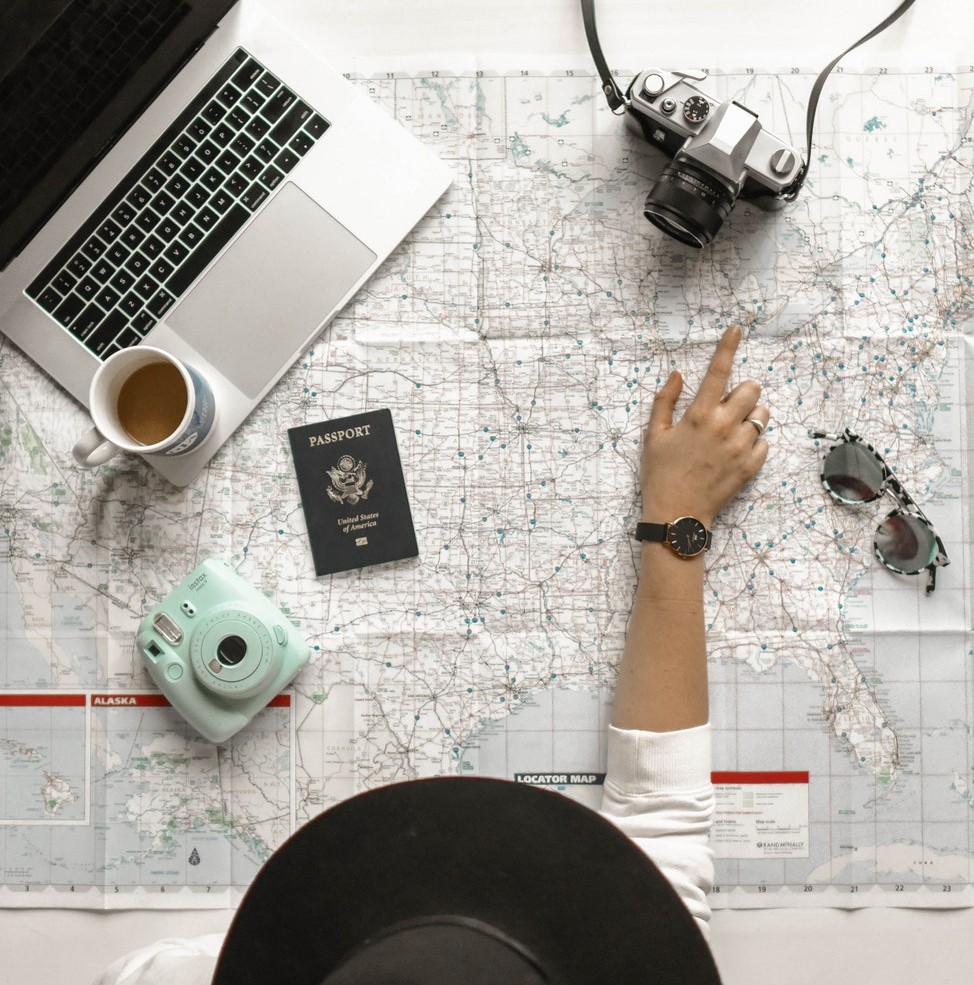 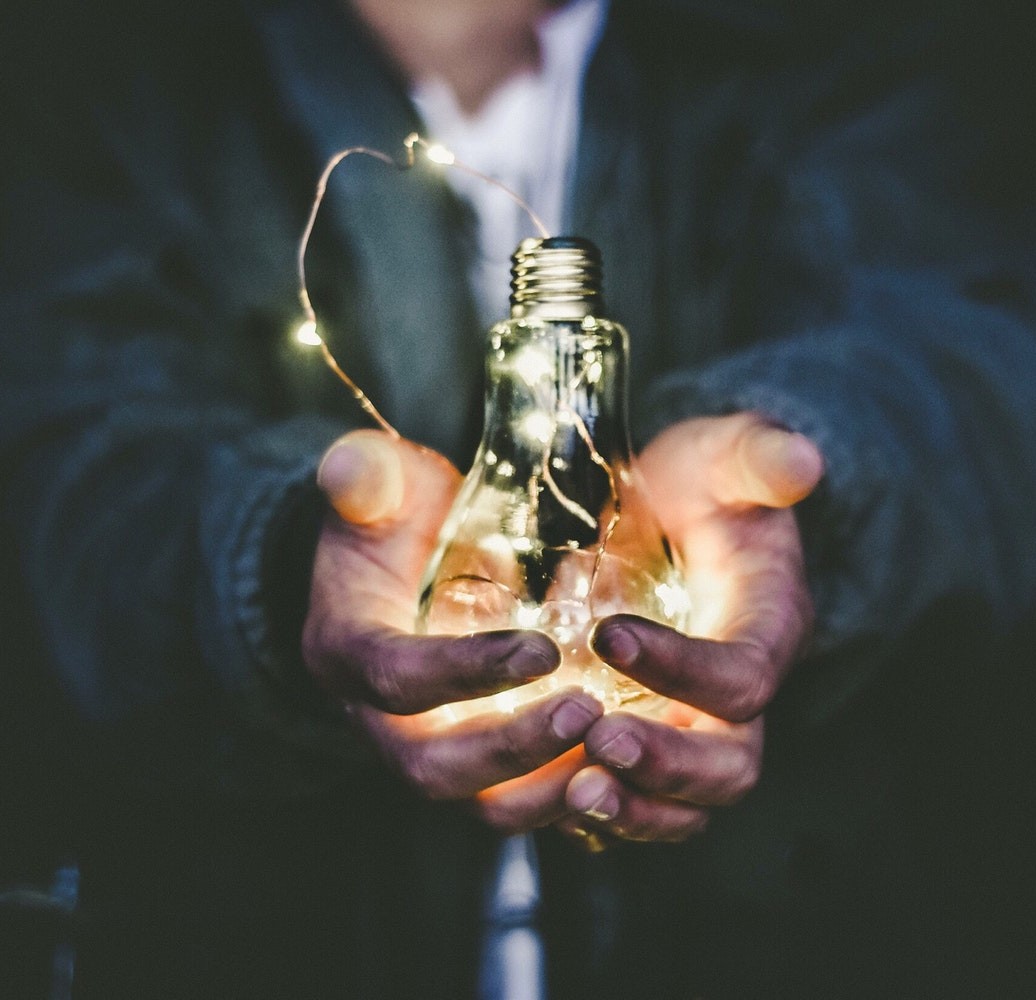